Drug metabolism refers to the process in which a drug changes its chemical structure under the action of a variety of drug-metabolizing enzymes in the body (especially liver drug enzymes).

There are two results after the biotransformation of the drug in the body:

There are two types of drug metabolic pathway responses:

There are mainly two kinds of catalytic enzymes in drug metabolism: The most important is the cytochrome P450 (CYP) enzyme system, also known as hepatic drugenzymes. 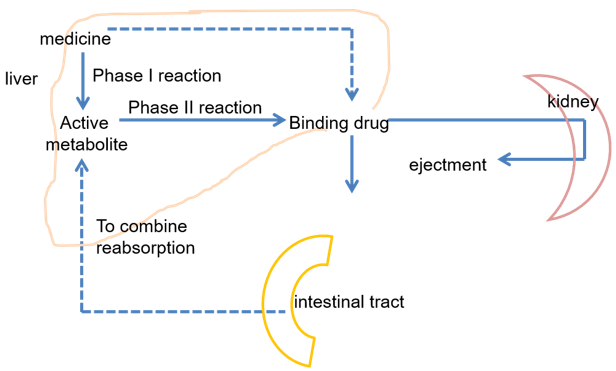 The liver is the main organ for drug removal, and liver removal includes liver metabolism and bile excretion.

Many drugs are metabolized when they pass through the intestinal wall after being absorbed in the small intestine, resulting in a decrease in the bioavailability of the drug.

What we can provid:

*For Research Use Only. Not for use in diagnostic procedures.